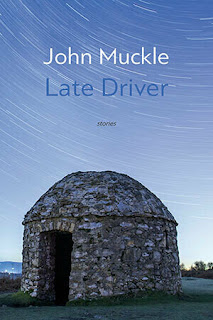 "A moment snatched out of time"

In Little White Bull, a book about British fiction of the 1950s and 60s, (Shearsman Books, 2014), John Muckle wrote in some detail about the fiction of John Berger and it was his comments on the 1967 publication of the story of a country doctor, illustrated by the photography of Jean Mohr, that alerted me to a sense of the power of the ordinary moment. Writing about Dr. Sassall Muckle suggested that he was a ‘fortunate man because he has been able to make an ethical choice to do work and occupy a place in a community that makes a difference and is of a different order than the usual choices involving personal ambition, or climbing the ladder of career success.’ Berger’s powerful fictional documentary opens with a definition of landscape which Muckle suggests ‘might be an occluding curtain that the lives of its inhabitants are hidden behind’ and as with this new collection of his own stories we are presented with an interrelatedness of who we are, who we were, and the landscapes within which we lay out a map of our existences. I recall writing a review of John Muckle’s My Pale Tulip (Shearsman Books, 2012) for PN Review where I opened that brief glance at this important historian of our times by saying that one of his central concerns has always been the interrelationship between time and place, events which seem to fold into each other to form the development of character.

In this new collection of short stories, which both stand alone and also merge together into a whole landscape, Muckle offers us ‘two small, shriven beings being bathed in all-blotting bright shadows, occluded, hidden from each other’. With typical penetrating accuracy he also offers us a small Devon bungalow on the Highfields Estate: ‘a sprawling congeries of small, sand-coloured bungalows and houses ranged along curving tongue roads that were laced up by narrow alleys, sheltered and shaded by dark shrubs and trees and at night dappled by the light of low street lamps and pale-yellow windows, all of which lent it a feeling of justified warmth and safety,’ Bill and Pauline’s lives are moving to a close and the mood is restless, probing, suffused with memories and loss. In this world of approaching closure ‘Old habits of thought kept their attitudes where they’d always been: stoked, seething, even anguished at times’ and the sharpness of the past’s invading memories ‘spring up in them like the airborne manned kites spiralling up and down from the airfield’. However, this keen presence of recall is invasive in a way that cannot be simply blurred into a platitude of accepted resignation and those memories may appear reassuring from a distance ‘like beautiful flowers’ but they become both dangerous and ‘all too fragile as the ground rushed up to meet them.’

The woman who is central to the second of Dr. Sassall’s cases in Berger’s fiction suffers from insomnia and asthma and seemed ‘timid of anything outside the cage of her illness’. She had had an affair with the Salvation Army manager of the dairy where she worked:

‘Evidently he had promised to marry her. Then he was overcome by remorse and religious scruples and had abandoned her. Was it even an affair – or did he only once, one evening, lead her by the hand out of the creamery up to his leather-chaired office?’

Single events, moments, can have lasting consequences and John Muckle’s understanding of the quiet ironies of individual lives can be seen in Pauline who owned so little apart from a few racks of clothes she never wore. Her world is a ‘ruined garden…overtaken, choked, uncleared.’ In the closing lines of Muckle’s first story, ‘Snowballs in June’, the dying Pauline would close her eyes and ‘plunge back into her own mind, in fragmented darkness, her blurred ending.’ John Berger referred to John Muckle as ‘a true storyteller’ and, yet again, one can only agree.