Review - "Birds of the British Isles" by Philip Terry 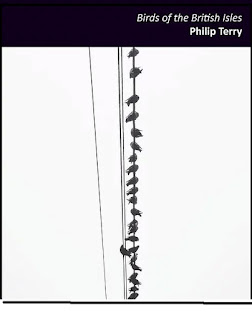 Philip Terry is a versatile writer; from his version of Dante's Inferno, in which the journey through Hell is a campus tour of Essex University, to his novel about the Bayeux Tapestry in an invented archaic English to his more serious poetry influenced by Raymond Qeaneau (he's a follower of Oulipo), Terry is always innovative and enjoyable to read. So this little booklet from Red Ceilings is very welcome. It's a book of riddles, each riddle describing a species of bird. Here's an example:

The answer: Willow Warbler. Get it? As well as referencing Old English riddles this text is also in the tradition of the medieval bestiary. It's not deep and meaningful, but it's fun to read and radiates a zest for language. It's also something that most readers would come back to again and again, as it's a text that you can dip into and enjoy, and with fifty birds there's plenty to keep a reader occupied. A nice object from Red Ceilings Press.

Note: I've just read the blurb which explains that the form of these 'riddles' is 'the chicago' a form invented by Oulipo member Paul Fournel.