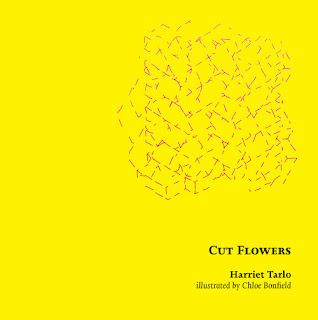 A poet’s use of the caesura is closely bound to the act of breathing and the division within a metrical line permits a reader to pause and reflect upon the way each word lays down a foundation stone upon which the next word may be erected. A caesura compels a reader to become an observer of relationships and in terms of Harriet Tarlo’s new collection of poems it is worth recalling what the integrated Yijing might be in the reading of a classical Chinese poem, the overall effect of a poem that was referred to by Li Zhimin in his essay ‘Four Different Ways of looking at J.H. Prynne’s Chinese Poem’, published in the poetics and critical theory journal QUID. Li Zhimin wrote about how a good classical Chinese poem ‘often runs beyond explanation’ and suggested that the more one explains, the more a poem’s beauty ‘will be blurred for readers’ who may be deprived of the opportunity to exercise a free imagination:

The farthest extent a wise traditional Chinese critic would go is an indication of the approaches by which to read and appreciate poems. They would not disclose their personal understanding, in order not to hinder the imagination and the freedom of a less experienced reader. They considered that in the field of poetry-appreciation, talking too much is certainly an unwelcome interference for both poets and readers.

In an interview with Andrew Duncan and published in the Salt publication Don’t Start Me Talking, Andrew Crozier had suggested that one of the most interesting things about poetic language ‘is its conjunction or bringing together of larger or smaller units’ and one of the powerful effects of this can be seen in this new publication from Guillemot Press.

Harriet Tarlo’s sequence of poems, Cut Flowers, is divided into four sections representing the seasons and each section is divided into twelve poems suggesting a close concern not only with monthly divisions but also perhaps with the hours on a traditional clock face. With the caesura placed so definitely in the centre of each page of the sequence one is permitted to read either horizontally or vertically in such a way as to promote a genuine sense of newness. Each poem opens with a single line of between five and ten words with no caesura and one reads across the page of one of the poems from ‘Winter’:

Did history get done, it did not, thump box

Time’s passing is evoked by the way a child’s awareness of the relationship between the self and the other is shifted into a sense of familiarity. If one reads the second half of each line in a similar vertical manner one arrives at

opening a car door, thump box
into a wall, gathering more
from matter, budding up
out of places: when you grow
you will move between
out of root darkness

The movement forward in time and experience is revealed not only in the anecdotal sense of the opening moment but also in the use of ‘budding up’ with its echoes of early companionship as well as botanical growth. The movement forward is always going to be that proposed by the last line.

Rather than reading the poem vertically in its two columns one might read in a more traditional manner across the page pausing at the caesura of space in each line:

Development through time, whether of humans or of plants is a ‘gathering more / matter / from matter’ and when you grow older ‘you will move between / places’ but that movement will always be ‘out of root darkness’. History and wonder combine in these deeply-felt poems about stasis and growth and if one were tempted to think of cut flowers as what may die because their movement of life has been stopped one might take some hope from Shakespeare’s Sonnet 17:

But were some child of yours alive that time,
You should live twice, in it, and in my rhyme.