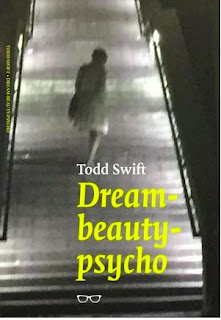 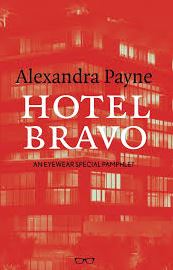 I enjoyed reading these new poems from Todd Swift. He manages to combine writing from a Christian perspective with a love of the work of David Lynch and if there’s a clear battle going on here between good and evil – not a topic many 21st century writers would embrace with relish – it’s a conflict which also brings in the relationship between popular culture (particularly the visual) with the more high-art end of the poetry scene. Thus, for example, we have a meditation on the work of Derek Mahon which argues for structure and elegance – ‘We need to cross /eloquently/into silence unnerved/./You read not to be dead’ – in the face of the noise and ‘over-information’ more commonly found in contemporary work. I’m not as familiar with Mahon’s poetry as I ought to be and on the strength of reading this poem I’m planning to rectify this in order to find my own perspective on his work. By contrast, in the title poem ‘Dream-beauty-psycho’, Swift encompasses worldly temptation in a fashion which reminds me as much of Ken Russell (in both his kitsch and his serious work) as it does of David Lynch:

His poem after Baudelaire, ‘The Cat’, is, by contrast again, charming and delightful:

My mystery cat, my friend
at night, at play, my lovely
cat of cats, your orchestral

scores are genius beyond
Mozart, because your vocality
thrums within and across
the full being of you, ball
of fur and curious harmony.
Angels have got what you’ve got,
but are less real, and don’t curl
on my chest as I sleep or weep.

These are also poems which combine the erudite with the popular in a manner which doesn’t exactly jar (although ‘jarring’ can sometimes be effective) but which exudes strangeness and ‘otherness’ within texts which are more often than not elegantly constructed and formally precise. Meditations on Denise Riley, David Bowie and Leonard Cohen are all included and references to Yeats’ poetry and to the fin de siècle abound. The couplets in ‘Lesbian Vampire Academy’ are stylish, playful and dark, imbued with filmic qualities and pulp culture which both entertain and provoke:

…… I am dropped
Like a bad option and told to return next year.
I pass giggling donors dressed as ghosts,

Envision soaked engaging toasts ahead;
Praying to the grape-ripe moon for dark power.

Todd Swift is also an entertaining reader of his own work so if you get the chance to see him live don’t miss it.

Alexandra Paynes’s debut pamphlet collection (34 pages) is an interesting read. The opening, title poem ‘Hotel Bravo’, references both Proudhon and Malcolm McDowell in the film If in its first stanza, followed by allusions to Sinatra and Ava Gardner, so we know we’re in the presence of a young person with wide cultural capital. These are also poems which talk about illness and the fear of illness and blend anxiety into a more general response to getting through the day unscathed. Its subject matter is both deadly serious and throwaway immediate and includes both the playful punning of ‘Mammoth in Lisbon’ (possibly generated from a tv documentary?) and the tightly organised yet slightly puzzling ‘Hemlock’, which goes like this:

Can I keep you like this?
Deathly darling no
Don’t stir don’t wake don’t go

There are poems set in bookshops and at Tesco’s, in Berlin and in Amsterdam and city life is a constant backdrop to the poems. There are some neatly constructed sonnets and the final poem, ‘Bodily Fictions’ has a more open-field layout which exhibits both sophistication and deep anxiety, while ‘Flatmates’, with its brash opening gambit – ‘Gather, sisters/in our ex-council house/on the estate…’ – is both playful and youthfully innocent, at odds perhaps with some of the darker material in the collection. Alexandra Payne shows a strong facility with language and a degree of sophistication which suggests an interesting future development. Where is her poetry going to go next, one wonders?