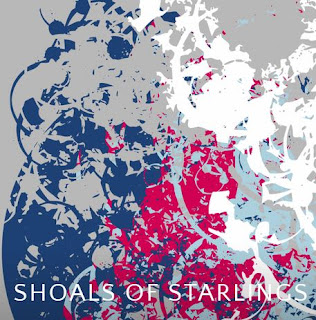 As indicated by the title this debut collection by Brian Herdman has music as a central theme to a life lived mainly in the 20th century. In fact, the ‘title track,’ so to speak, has an array of ‘gigs attended’ which gives a flavour of the whole. Take this extract by way of example:

bottom of the bill at the Free Trade Hall

whose idea was that? Who made that call?

his spittle on my lapel

I saw the Everlys float harmonies

across the Odeon stalls that night

I saw Eddie and Gene

saw them rockin’ that Spring

at the Hippodrome, Ardwick Green

I saw The Beatles at the Oasis

Dylan at the Albert Hall

but I never saw Nina Simone

This is such a brilliant piece of evocation and that descending ‘chorus’ still gives me the shivers, such an emotional punch, full of sound and fury and celebration and sadness.

If there’s a hint towards the beats in Brian Herdman’s poetry then this collection is also infused with Samuel Beckett where a sense of the absurdity of things is combined with a thirst for knowledge and an engagement with language which is both precise and probing. There’s a rhythmic dexterity to his work – he’s a great ‘live performer’ – which gives a strong feeling of movement, linked I suspect to the fact that quite a few of these poems were composed during long walks. Wide cultural references abound amid the immediacy of evocation, as in reverie interrupted by the natural world: ‘and is that rain on your face, or spray / or is it time falling through / seventy five years gone and forty / a lone herring gull surfs the swell / surfs and dips / soars suddenly to chase another out to sea’ (from ‘the neuroticizing mechanisms of social media’). This is out and about poetry full of sound and stuff and variety making its presence known in a sometimes tumult of thought and feeling which is also very skilfully interwoven. The longer poems which often have a philosophical trace where ideas and knowledge and thoughts are being turned over are occasionally interrupted by much shorter, tauter pieces, including the following which I think is a real gem:

nothing between us now

the cinema the café

a couple of beers

There’s enough information here to inform your own narrative and an almost bleak minimalism which I found strangely moving.

I think most of these poems are quite recent (Wordsworth’s ‘Poetry takes its origin from emotions recollected in tranquillity’ has some relevance) and there’s certainly a strong element of what I’m going to call autobiography here. From ‘What can you do?’ we have the following:

Later, I run into Emily and Ella and we walk up to the Hoe.

stretches blue and placid to the far horizon.

We talk about the current situation

about the effectiveness of masks

the safety of supermarket shopping

we facetime with Grace and talk

the significance of age

and how the world has disappeared now time has stopped.

Sitting here in the sun, I feel its warmth on my face.

I fell in the street the other day, hurt my hip.

This morning I weighed 162 pounds.

Tomorrow, they say, will be cold.

This is reflective, descriptive and has an overall ‘inner conversation feel’ which in this instance is friendly and if slightly mellow and melancholy then not overbearingly so. Elsewhere Herdman mixes a more colloquial monologue with something cinematically dramatic, as in this extract from ‘Jump Cut’ where we get:

I will smite all the borders with frogs

you know the one where the long-lost son

is in search of his father

better known as the dead white guy in the closet

and finds him through a series of coincidences

that’s why they put them in the film

I’m your father he might say and I’m dying

and there are women who are trying to destroy me

this one doesn’t know who she is

or what she is feeling

and can only explain it in the most vulgar terms

what the fuck do I do with my body

Or, from ‘Home is a land of ice and cold’ where we have the following:

we carried the baby through the wood

the trees all twisted and torn

thick with moss and lichen

rags dripping with the blood of the wretched

hanging from branches and bracken

was it the wind howling

This is almost Dante run as a modern film script and there are a lot of ‘dark materials’ in this writing amid the everyday, the working-class background, the getting by and experiencing an opening up which became possible for some growing up in the aftermath of WW2 and the experience of rock ‘n’ roll and the sixties. I love the way that Herdman uses rhyme intermittently and carefully but all is grist to the mill of an ongoing inner discourse which seems to create the framework for much of his writing. In ‘A Cleansing,’ the opening poem, we have the following which brings us back to popular culture and to Beckett, a reverie which mixes celebration with a personal history all rushing along in an ongoing mesh where the (largely) lack of vocabulary aids the flow and narrative force:

so high in our attic

syd barret and the dead

of how murphy and malone

had nine kittens between them

in that room under that tree

of how the days ran into years

of the reach for respectability

of dropping out again

with the moneyed drop-outs

in the Galloway farmhouse commune

Finally I’m going to quote the whole of another short poem which beautifully evokes a time and place, almost Dylanesque in a manner of speaking, another gem of an encapsulation but what exactly does it ‘encapsulate’ apart from a mystery, a sense of escape and of romance, a spell almost in defiance of all the bad stuff in the world? I’ve read this poem three or four times now and I keep thinking of Mr Tambourine Man with its wonderful guitar and lyrics that can make you shiver.

ghosting down Roncesvalles on a donkey

like the fool of old, but blowing a sax

past the artisan bakeries and hip coffee shops

across the tracks and over the bridge that spans

watched him skate over Lake Ontario

in a cloud and melt as the vista opened wide

to claim, my ignis fatuus.

That’s such a powerful and optimistic closing image, the will-o-the wisp, Quixote, The Pied Piper and all possibly evoked by who knows what (apart perhaps from Brian) a natural phenomenon, a dream, a high of some sort. It’s a beautiful poem whatever its source and this book is filled with material which is well worth engaging with. I’d suggest dipping then, like me, you might just want to read the entire collection from cover to cover.

Brian grew up in Manchester and has done a fair bit of travelling in his time but quite a few poems in this collection reference his long-time home which is Plymouth and wary as I am to suggest anything like a ‘Plymouth School’ it could be said that at least some of his material sits alongside other contemporaries in the city, such as Norman Jope and Kenny Knight, who have written quite extensively about the place.

The cover artwork by the book’s publisher and brilliant artist/poet in his own account, Andrew Martin, is wonderfully appropriate and effective.