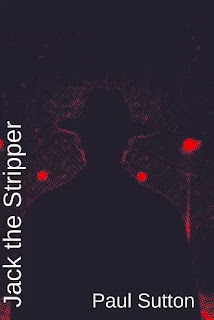 I’m genuinely not sure what to make of Paul Sutton. I’ve come to grief before when reviewing his books and am probably about to do so again. Rupert Loydell on the back cover blurb to this book says that ‘Paul Sutton is an unfashionably straight-talking and cynical poet, an antidote to wooly-minded liberalism, egotistical confession and right-on propaganda.’ Which is fair enough as far as it goes as a description and Loydell continues by suggesting that he doesn’t always share Sutton’s political views but I’m not always convinced either about the ‘straight-talking and cynical.’ Or rather, that’s not the whole story. Sutton’s work is, I think, quite complex, in its attachments and within his darkly lyrical and not always clear satirical leanings there’s often a sense of yearning, of an elegiac quality which can feel at odds with the perceptive demolishing job he’s doing on whatever his subject happens to be at the time. He reminds me a little of Peter Reading and I suppose also of Philip Larkin in his mix of the caustic and the celebratory although celebratory isn’t quite the right word.  Take this extract from ‘His Story’ by way of example:

many a child dragged from a car into one

of the shoe shops – the mother now dead –

you can’t forget how those early shopping

old people dropping to their knees and crying

at the plenitude. Home to see Dad’s war films,

their theme tunes whistled by an entire street –

utter nonsense – but the lack of deadening

variety was a strength – fantastic to have

bad pubs, no indoctrination of perfection.

This isn’t exactly nostalgia but there’s something here that implies regret at what’s become of Britain, post 1960’s in relation to a post-WW2 consensus that might have implied a better future for everyone. Whatever views we (I) might have about the reasons for this, complex however you look at it, the feelings evoked in the above feel genuine and pretty clear. I’m also reminded here, for some reason, of the attitudes embedded in one of William Golding’s later novels, Darkness Visible, which deals with changing times and by implication, class, in a post-war society struggling for a new definition.

The slightly sinister cover image plus the Prologue and opening poem (‘A Man in Action Wearing  a Trilby’) present what could be seen as a darker version of Ken Smith’s classic London poem Fox Running, an outsider driven to extremes and commenting on the modern situation while harking back to more ‘adventurous times’ – ‘Maybe descended from Odin, / killer outcast, forced to sail / the salt way, exiled - a nightmare / from our broken arcades or / boarded-up seafronts.’ ‘Gone Below’ reminds me slightly of David Harsent’s Elsewhere, with its mix of escape, elegy and an almost life-affirming nihilism. If that sounds like total contradiction I can only add that it’s a recurring thought I have while reading these poems. Sutton’s reworking of past ‘heroes’ from the history/picture books (Hereward the Wake comes to mind in a previous collection) implies an upsurge in ‘nationalist resistance’ and can’t be divorced from the conflicts around Brexit and its aftermath which we’re living through now.

The centrepiece of this collection (chronologically the penultimate poem) is an hilarious and thoroughly entertaining spoof on Sherlock Holmes, entitled ‘The Mystery of Skidmore Hall.’ It’s full of ripe scatological humour and could almost be a ‘rip-off’ of a late-night version of one of those Ronnie Barker sketches which plays with stage theatricality and music hall heritage. It’s  slapstick in a way and I don’t mean that as a criticism but it also reminds me somewhat of John Hartley Williams’ collaboration with Matthew Sweeney in their Agatha Christie rewrite Death Comes for the Poets, a comic novel which deals in bitter sweet irony with ‘the poetry scene and all its factions.’ Take this extract from ‘The Mystery of Skidmore Hall:’

and  scribbled notes – Holmes  meticulously noting  the  frequency and

forcefulness  of  our  embarrassments. It  is  only with  difficulty  that  I

dissuaded him  from attempting ‘flame testing’ with  a lighted  taper. A

disastrous experience during the siege of Peshawar, suffered by a junior

subaltern after an excess of Camel Pathia, had alerted me to the terrible

risk of ‘blow-back’ and buttock scorching.

The final poem ‘Mud and Sun’ is a modern pastoral ‘vision’ which seems to combine a longing for something lost (‘but loss of what?’ as Martin Stannard says in his back-cover blurb) with a clear-sighted and unsentimental look at the present. Curiously and impressively it appears to combine nostalgia with its opposite, a trait common in Sutton’s work – ‘Sudden sunlight hits the road / as you drive past what you’ve known – / seen in the rear view – then gone.’ I wonder what Sutton would make of Andrew Jordan’s poetry where there is a similar longing for something lost but never clearly outlined? Otherwise their work would seem to have little common ground.

I still feel ambivalent about Sutton’s poetry and where he’s coming from but I have to acknowledge that his is a voice which has made its mark and one which once encountered you may feel a need to engage with whatever conclusions you come to. I don’t share his political perspective for sure which feels colonialist to me but the publishing record included at the end of this collection is varied and impressive.