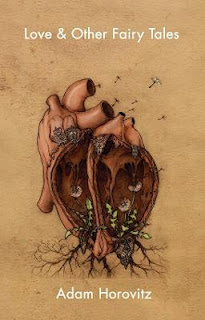 I found an underlying melancholy throughout this collection which deals as much with history and the aftermath of warfare (both world wars appear in the background) as it does various kinds of love and friendship. The title can of course be read ironically and the ambiguity allows for a lot of literary allusion, as in the references to Arden (As You Like It) and to A Midsummer Night’s Dream in the second section. From the opening poem ‘Commemoration Hour’ we get the following:

but even the gentlest men will break inside

when bombs and snipers dictate their diet,

when all the animals of hell

come crawling out from under mud

on sinews of metal clasping at the bone.

What precisely did they die for,

or limp home wounded with?

A love of place is something which does feature throughout as in ‘I Used to Walk Through London’ where we get:

These were my brief gardens,

deep in the soft places where nature

reimagined itself, pushed up

against the weight of human rot

and choked at its histories

until they fell to sediment and dust.

The opening lines of this poem – ‘and always the edge lands / drew my eye, the sharp borders / between estates where decay / and order met…’ – is filled with resonance and contrast and there’s a haunting, elegiac quality throughout which combines a sort of modern lyrical pastoralism with something more potentially violent and with a suggestion of impermanence. For some reason while reading these poems I keep thinking of Richard Berengarten’s poem Angels, a powerful commentary on evolution and also referring indirectly to The Holocaust.

There’s an underlying sense of immersion in landscape and nature throughout the collection, as in ‘Off the Map’ where we have: ‘A woodpecker / drunk on the echo of its beat / marks out a flurry of confusion / in impenetrable code.’ From ‘Murmuration’ we get:

sheer as a path up to a mountain spring.

Their slow-stilled song sifts ups through the ring

of trees around the hill. Our speech becomes sudden,

surreptitious, breathy. Something has shifted.

Conversation circles in a sky where paths are never wrong

And starlings dance the cautious path to bed.

The earlier line ‘then bubble into hieroglyphic throngs.’ is fantastic and you get a real sense of an upbeat mood, an evocation which includes the human in the natural world as the starlings make their dance.

In ‘Fire Voices’ we sense an uneasy questioning of the nature of belief where the dark side of religious (or other) fervour can lead, a subject which recurs with frequency in the present climate – ‘how people begin listening / to any siren song that panders to their fears, / in a flame that someone else has set.’ The final stanza has some of the resonance of Yeats’ final lines in ‘The Second Coming’ – ‘ The act of reaching out / for a quivering fire-voice of hope; / some spark of kindness / in the desert’s inward creep.’

In short there’s plenty of variety in this collection, of tone and substance, from dark ponderings and painful memories, to a more joyful immersion in the here and now and an exploration and celebration of the natural world. I’ve not read a much of Horovitz’s poetry before but I’ll certainly be taking a look in future.