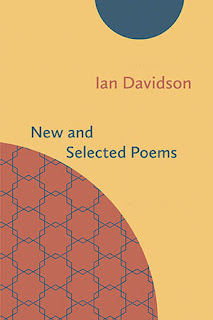 In ‘No go Areas’ from the final section of this book, ‘Partly in Riga’ we have a voice reflecting upon the difficulty of sustaining a political position in the face of change and overwhelming complexity. It’s an argument with the self, a dialectical inner monologue attempting to reach compromise, perhaps, a desire to avoid cynicism while facing up to hard factual realities:

Something more. Maybe the sound of revolution is the alloy

Wheels turning and the residual kindness of community.

Within the nominal optimism of Chavez lies the word Chav.

The revolutionary sixties a parody of itself in the over confident

Long haired children spat upon by hard faced remnants of the

Industrial working class. Maybe the unions did more than we

Communities together rather than working all hours to get a

Roof over their heads in moments of property madness.

Given where we are now, potentially slipping backwards in terms of real poverty and a host of globally threatening difficulties to contend with, the heady hopes of the 1960’s and the consequent emergence of Thatcherism as a response followed by ‘New Labour,’ we shouldn’t be too surprised at  such eloquent self-questioning though the above was written some time ago and things have moved on yet again, though not in any positive sense. The point is that Davidson is a political poet in many ways and he writes about political themes in a very humane manner, combining emotion and analysis in poetry which really hits the mark. ‘Beach Head’, from the same section of the book, deals with the issue of plastic pollution in the seas in a way which combines a sort of skewed (‘inappropriate’) aestheticism with the view of a helpless onlooker – ‘a clutch bag for the / ornaments the world / discards, a necklace of rare / plastic objects to adorn its / skin…..’ There’s a sort of ‘J.G. Ballard’ glamour to this description, dark and yet distanced, a ‘revelling’ in despoliation while also counting its cost:

are full of dread,

the world, in its best dress.

The section entitled ‘Into Thick Hair’ deals, I think, with serious illness, perhaps cancer, and is composed of a series of short-line, five-line stanzas which read like a Samuel Beckett monologue.

Your paintings at all angles

Under the bed your drawings

The bad paintings you carried around

Spilling from their frames out of

As your hair oblivious

To others your pain contained

From all quarters hair pinned up

Although there may have been on

Or other times when your guard

Was down or the brush angled

You’re never quite sure what’s going on here but there’s a sense of intimacy in difficult circumstances which conveys a lot in the small details which are both personal and have wider significance. It’s a terrific piece of writing.

The poems in ‘Harsh’ are all made up of fourteen lines and were written, apparently, at the end of the working day in a demanding and difficult occupation. The writings which came together over a three year period were then re-worked into these ‘formats’ and seem to express the tension between material gained via the pressures of the day job while being unable to seriously find time to write ‘about them.’ It’s that public/private split which appears to be central to these poems which seem fractured, tense, emotionally fraught and have the feel of ‘experimental fiction.’

I groaned and the world tilted it was my head, I couldn’t help it

and the heckling from the children lonely in their beds.

Brother. Cuba is a world from which there is no escape

except into slavery. The 4 of spades is as big as a house

into dust an accursed vein of bad blood, oh Incas who held mighty sway and

only allowed visual disturbance as part of an overall plan, rope bridges swing

for the graceless European. She lent towards him, a cigarette between her

blowing smoke across his torso the playing card between her eyes

in anticipation of hard work skipping across the rivulets

flying backwards into space as a microcosm of aspiration.

Things make me nervous, skating across the surface

There seem to be filmic references here, condensed into phrases and the mention of Cuba in the third line again suggests political complexity, an agonising perhaps yet stated baldly and boldly. There are images of pleasure and pain and the final couplet appears to underwrite the whole piece, conflicted, confused and full of anxiety. The penultimate stanza feels like a drug induced fantasy and includes some wonderful mixed imagery.

There’s a lot more here for the reader to get to grips with and the section ‘Human Remains and Sudden Movements’ is also well worth engaging with. I’m starting to get a feel for Davidson’s poetry and its diversity and I’m sure I’m going to read more.