Women sometimes cry at movies and men don’t. A woman can cry a lot at a movie and then she might say That was a good movie. The man might look at her as if she were stark raving mad. How was it good? You were in floods of tears the whole time. That’s true, she might say. It was a good movie all the same. I can see that. I’m a woman so I know these things. I know what she means. A man now, a man might prefer a very violent movie, where many people, especially but not only women, get killed. The woman might be hiding her face. The man might be making mad sounds. But at the end he says, That was a good movie. Whoa that was good. How can it be good, she might say, it was about people being blown apart, crushed, terrorized, raped, punched to death, destroyed. True, he might say, that’s true, but still it was a good movie. It might seem from all this that the two positions are incompatible: women cringe and cry, men yell and relish violence. But they are the same. The only difference is how feeling is accessed and registered. For women it’s hot tears. For men it’s horrific violence. But it’s just feeling—and the movies—for both.

THE FAIRIES ON THE BOG

Every day I go out walking and every day I meet fairies.

On Sunday I walked along the old railway track. There wasn’t any railway there. All that remained was a long long lane and the name. I was walking but it was like swimming too, balanced in my grassy pebbled lane with flat bog all around and no observers but a few hardboiled sheep.

I met a fairy perched up on a rock, she had a kind of wand that crackled in her hand. She spoke to it sometimes.

On Monday I went the long way round. I met a lot of fairies.

A she-fairy and a child-fairy in a field, the child was on a rock, and they had a big beige labrador called Morgan. They came over to me but Morgan looked the other way.

A fairy in a field checking blueberry bushes. she was far below me and she had a clipboard and was taking notes. She too came to talk and tell me news and about some signs.

A fairy spreading sand on a sloping driveway who shone his face on me and was full of curious questions.

A lame fairy with a hat walking along the road. It was easy to catch up with him. I was afraid he was someone I knew but okay he was a fairy and snagged me just as I passed.

—Maybe it’s you that is from somewhere else.

I’m not an exceptionally hairy person, no.

It’s not that I’m super hairy or anything.

You wouldn’t say I’m the hairiest person ever like.

I mean I don’t even know if I have hormones.

I wouldn’t be known for my hairiness to tell the truth.

I’d fight them, I’d punch them if they said that.

It’s not a problem. It’s just the way it is.

I’m not hairless either. Don’t get me wrong.

But that I’m on the negative side of hairiness is beyond a doubt. 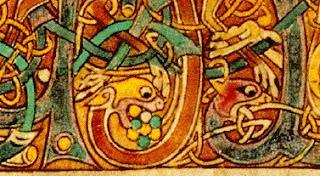